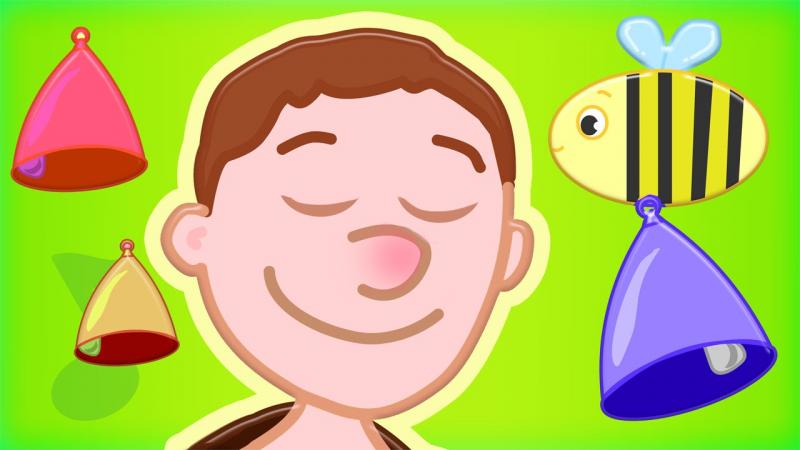 Brother John (Frenche: “Frère Jacques”), is a nursery rhyme of French origin. The rhyme is traditionally sung in a round.

The song is about a friar who has overslept and is urged to wake up and sound the bell for the matins, the midnight or very early morning prayers for which a monk would be expected to wake


The original French version of the song is as follows:

The song is traditionally translated into English as:

This translation completely distorts the meaning: the whole point is that the bells are not ringing, because brother John, who is supposed to ring them, is sleeping.

A more adequate translation of the French lyrics would be:

In English, the word Friar is derived from the French word frère (“brother” in English), as French was still widely used in official circles in England during the 13th century when the four great orders of Friars started. The French word frère in turn comes from the Latin word frater (which also means “brother”).

Nursery Rhyme Categories:
Clapping
Nursery Rhymes
Language:
English
Place of Origin:
N/A
“Down Down Baby” is a clapping game played by children in English-speaking countries. In the game, two or more children stand in a circle, and clap hands in tune to a rhyming song. As with most hand-clapping games, there are many variations.
View Rhyme

Nursery Rhyme Categories:
Games
Nursery Rhymes
Published:
Language:
English
Place of Origin:
USA
"A Tisket A Tasket" is a nursery rhyme first recorded in America in the late nineteenth century. It was used as the basis for a very successful and highly regarded 1938 recording.
View Rhyme


As I was going to St Ives

"As I was going to St Ives" is a traditional English-language nursery rhyme in the form of a riddle. The earliest known published version of it comes from a manuscript dated to around 1730.